How IT Services Providers Deal With Software Rollouts

Keeping the software running on desktops, laptops, servers, phones, and tablets is a big task. Especially at businesses that are running tens to thousands of machines, it's often best to rely on an IT service provider for assistance with a software rollout.

However, customers should understand what this process is and how it's supposed to work. Let's look at how a managed IT service provider does this sort of work.

What Is a Rollout?

Picture the average regional bank that has branch locations in several counties within a state. That bank likely uses tons of computers, and they depend on them for practically everything because modern banking is heavily data-centric.

Now imagine this banking firm needs to roll out a new software package for its employees. That's not a small undertaking. An IT service provider, though, can deploy software packages to all of the systems and verify that they'll work. Ideally, this whole process can be performed over a weekend so the team has their software in place come Monday.

Remote administrative systems are among the most commonly used tools in the managed IT world. These are software systems that allow professionals to talk with an organization's computers from anywhere in the world.

A good software stack for a rollout usually allows direct administrative access to a machine for a limited time. This means the IT pro can directly modify the systems software and configuration files. They can then proceed to make modifications as necessary to ensure each setup runs properly.

Notably, many remote administrative tools allow users to perform the same functions across hundreds of systems. This makes it simpler to roll out an update across many machines and locations. It's also common for admins to use network analysis and security tools. After all, you don't want to do a rollout and end up vulnerable to attack.

Generally, rolling software out on your own is a pain. Even in a small operation, getting 5 to 10 computers up with new software is rarely as simple as sitting down on each machine and getting it done. A computer might not have the right requirements, for example. It's best to have a managed IT service provider involved to sort these problems out.

You'll also benefit from uniformity and reducing potential headaches. Each software package an IT professional rolls out will be dependable, especially if you're using the same hardware. 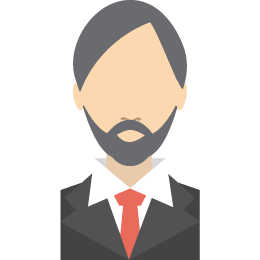 Hello, I'm Cass O'Connell. In an effort to maintain a decent sized customer base, I always send out flyers to new areas around my region. I pick the areas according to the demographic description provided by my state. I have a specific range of customers I want to attract. The flyers I use are printed by a professional company that offers a wide variety of paper and ink types. The flyers are also designed by that same entity. All of the artwork used on the flyers beautifully encapsulates the purpose of my company. I would like to share my experience with using printing services for my flyer needs. I will talk about the materials, tools and techniques used to print my flyers. Thank you.